Officials have completed preparations in mosques after the Presidency of Religious Affairs (Diyanet), Turkey’s top religious authority, ordered a resumption of communal prayers following a two-month hiatus due to the COVID-19 outbreak.

Mosques have been closed to communal prayers since March 16, will only be open for noon, afternoon and Friday prayers. A ban on public morning, evening and night prayers will still remain in place. Mosques will nevertheless remain open for the faithful to pray alone.

The mufti of the northwestern province of Edirne, Emrullah Üzüm, told Anadolu Agency (AA) that people have been asking about the reopening of mosques for some time.

“I hope this decision will boost our morale and spiritual motivation. We will show a stronger stance against the virus thanks to this raised spirit,” he said.

“Citizens will be asked to bring their own prayer rugs and prayer beads,” he said.

The muezzin of the Edirne’s famous Old Mosque said that he felt a great deal of joy thanks to the steady reopening. “I have been working for 27 years and have never been in this kind of situation. I missed prayers,” he said. 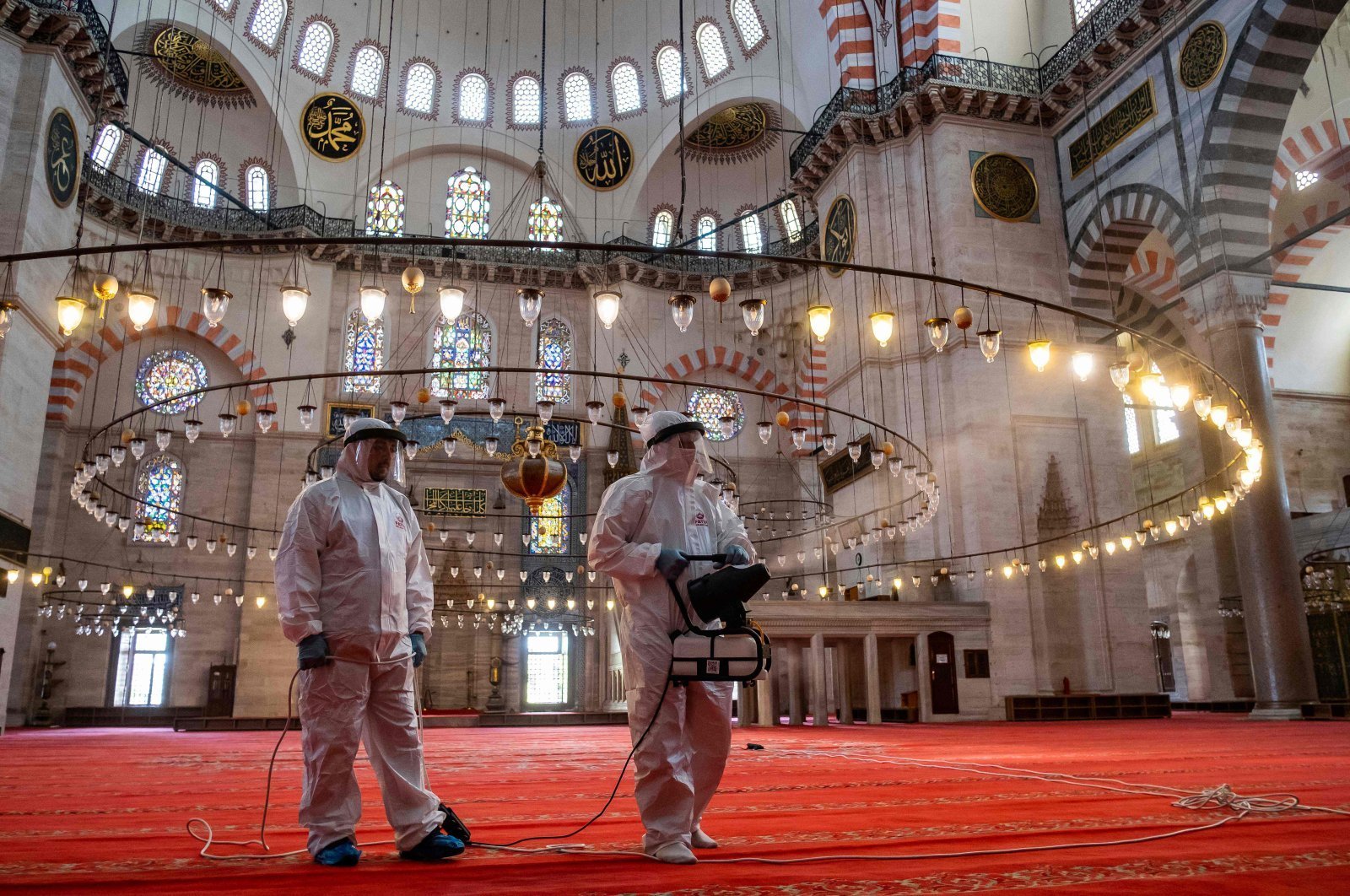 Istanbul Governor Ali Yerlikaya also commented on the matter on Thursday. “We have designated Friday as the day for mosques and other outdoor areas to be opened up. We will perform our prayers while abiding by the measures,” he wrote on Twitter.

Previously, Diyanet has called on citizens to perform wudu – the ritual ablution before prayer – at their homes, as mosque washrooms designed for this will remain closed. Diyanet also warned worshippers to wear protective masks.

The Interior Ministry announced last week that Friday prayers would be performed outside mosques. Most of the congregation usually had to pray outside before the pandemic as mosques were always brimmed with the faithful for the weekly group prayer mandatory for able-bodied Muslim men to perform at a mosque. Friday prayers will be available only in mosques with large courtyards and outside space, to be designated by local authorities in each province.

Meanwhile, local muftis will also be given the right to determine places where Friday prayers can also be performed. This means that prayers could be performed in open spaces if there are no mosques with the capacity to host large congregations. Traditional Friday sermons that precede prayers will not be delivered. The Interior Ministry has also ordered Friday prayers to be “performed as quickly as possible.”

Authorities have also asked the faithful to skip sunnah prayers, which are optional upon entering and leaving a place of worship, and to perform these at home, in a bid to reduce time spent inside the mosque. Local authorities are also instructed that social distancing signs be posted inside mosques.

The tombs of revered Muslim mystics will remain closed for visits, and barriers will be placed outside these to prevent visitors from touching the walls. Famous tombs, such as that belonging to Abu Ayyub al-Ansari, in Istanbul, often see visitors touching their walls in the hope of being blessed.

Extract from report by Abdur-Rehman Malik for BBC World Service. Some of the brightest and best students of Islam in Britain round off their…

The dire situation of the Rohingya’s elicits a global effort to detest and actively eliminate the outright and unapologetic violation of human rights, acts…