Ms Ardern wore a headscarf as a symbol of respect and took part in a sombre ceremony at Al Noor mosque on Thursday morning as she visited Christchurch for the first time since the sentencing of Australian terrorist Brenton Tarrant last month.

Imam Gamal Fouda led proceedings, saying the day left ‘a scar on our hearts’ but declared New Zealand as ‘the mother of peace in the world’. 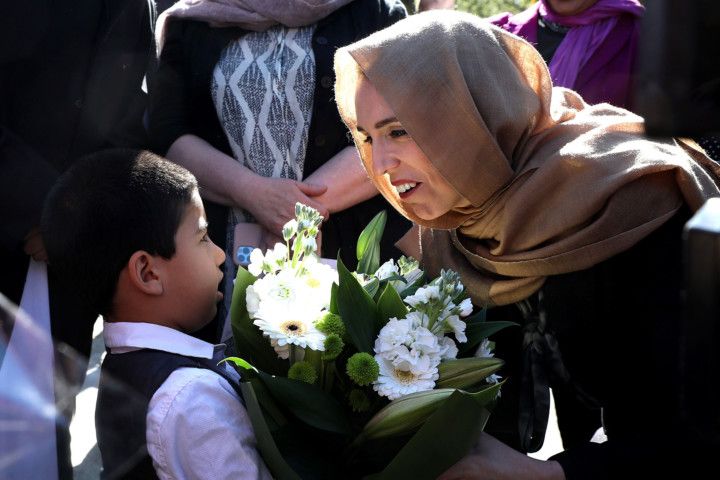 Mr Fouda made two requests of Ms Ardern – asking for a national day of commemoration and hate speech laws which specifically included religion – stating that ‘the blood of those people shouldn’t be forgotten’. These laws would hopefully protect innocent people from being victims of violent hate crimes before hate speech escalates and manifests in murder.

Ms Ardern said if re-elected, Labour would rewrite current laws to broaden the group of people to whom it is a crime to discriminate against.

‘We do have … provisions that deal with hate speech, discrimination, around people’s different identities but religion hasn’t been included in that. My view is that does need to change,’ Ms Ardern said.

New Zealanders will begin to vote from October 3, when polling places open a fortnight in advance of election day on October 17.

Ms Ardern said she hoped to make this law change sooner but Labour ‘hadn’t been able to deliver that last term’, a veiled hint that she was potentially blocked by other political coalition partners.

‘I just think in a modern New Zealand everyone would agree no one should be discriminated against for their religion and so it makes sense that we add this to the suite of other things we say it is just not okay to discriminate people over,’ she said. 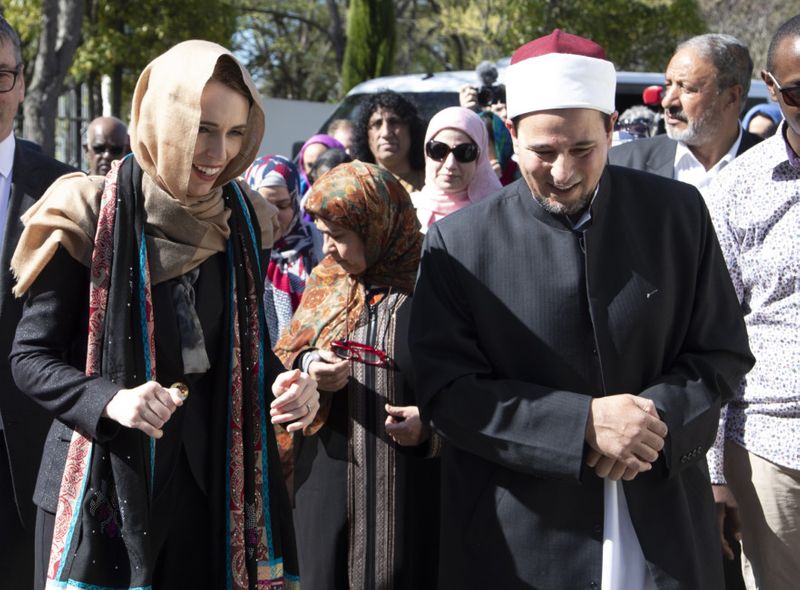 Ms Ardern has also promised to consult with victims of the attacks over whether the Grafton-raised terrorist should be extradited to serve his term in Australia, but won’t do this during the election campaign.

Ms Ardern said she was ‘pleased to see some old friends’ at the mosque.

‘I’ve seen people’s recovery which has taken some time,’ she said.

‘And to see for instance, some who have previously struggled with walking who are walking, some who talked about the pain having lessened physically. That shows the time that has passed but I don’t think anything’s quite going to heal what happened there.’

Last month, Tarrant became the first man in modern NZ legal history to be sentenced to life imprisonment without parole.

Islam is a religion of mercy, it acknowledges the needs of people, and gives concessions and dispensations wherever needed. A quote from the Quran…