ROME: Muslims in Italy are calling for the establishment of more Islamic cemeteries in the country.

As national and international travel was banned at the height of the COVID-19 crisis, the bodies of Muslim dead in Italy could not be transported back to where the deceased person came from as was previously possible.

This caused “a dramatic situation in Italy, with several corpses left on hold in mortuaries as there are no Islamic cemeteries where they could be buried,” said Abdallah Redouane, secretary-general of the Great Mosque of Rome.

The situation was even more serious in the north of Italy, the area most affected by the coronavirus and where the highest number of deaths were reported. The Islamic community there is also larger, making the situation even more difficult for Muslims, Redouane told the Italian newspaper La Repubblica.

According to the 2018 census, 2.6 million Muslims live in Italy and consist of 4.3 percent of the population; 56 percent of them hold foreign citizenship and 44 percent are Italian citizens. Despite Islam being the second largest religion in the country, only 50 of the nearly 8,000 Italian municipalities have dedicated spaces for Muslims inside their cemeteries. When those spaces are available, they are very limited in most cases and there are not enough of them to meet demand, which dramatically increased in the first half of 2020.

Most of the spaces for Islamic burials in public cemeteries are located in the Lombardy and Emilia-Romagna regions. The first cemetery space for Muslims in Italy was established in Trieste in 1856. Unfortunately, not much progress has been made on the issue since then.

The Flaminio Cemetery in Rome has had space for Muslims since 1974. “Today this space is full. In the past few months, deaths have increased and so have burial requests,” Redouane said.

“We filed requests to open new spaces for Muslims in the municipal cemeteries nationwide. So far we managed to open some new areas. But as the situation gets worse and worse, we are still waiting for answers,” said Yassine Lafram, president of the Union of Islamic Communities in Italy (UCOII).

In the past few months, local newspapers have published several letters with appeals by Muslims calling for more Islamic spaces to be established in cemeteries as soon as possible. Some mayors said that they were working on the issue. 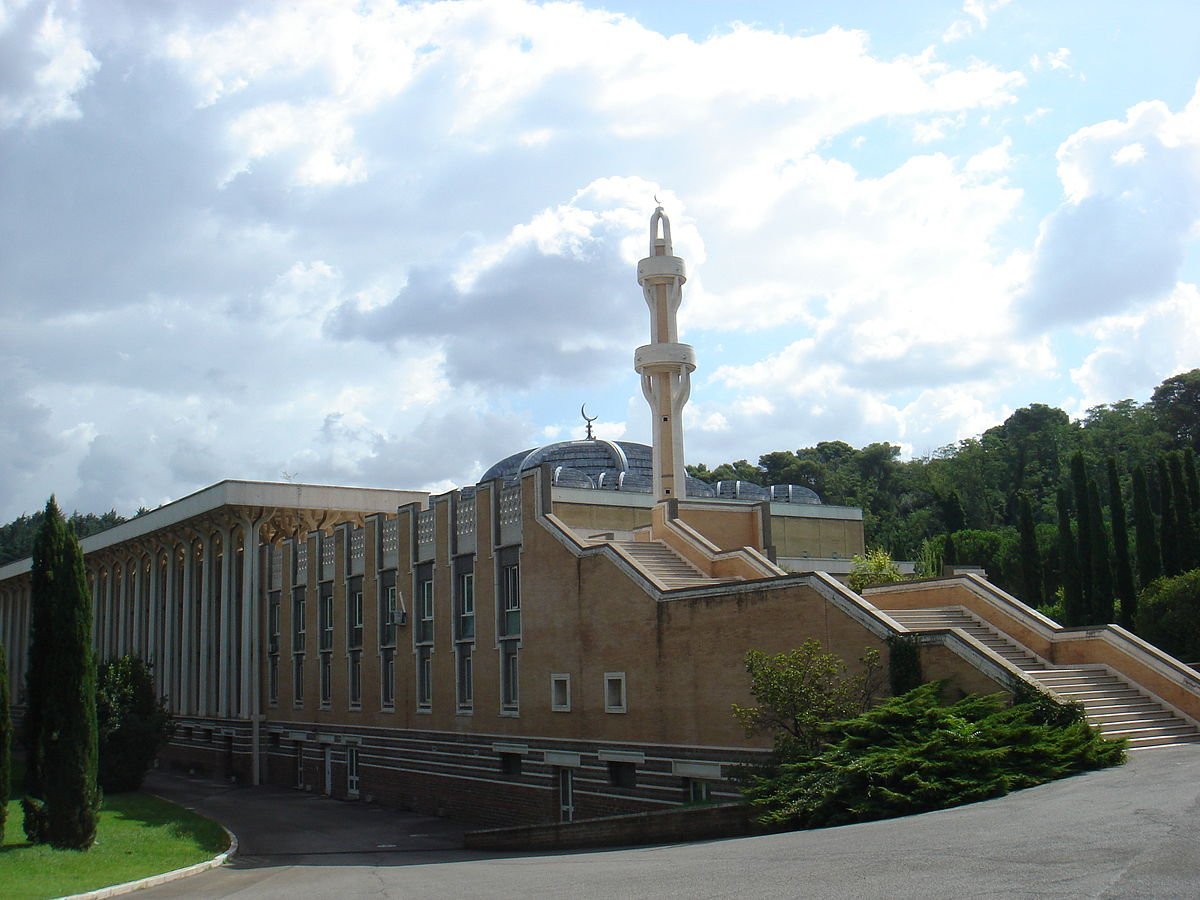 The Mosque of Rome, the biggest mosque in the Western world.

“We have to sort this out properly. Having a dignified burial is a fundamental human right which must be assured to all those who live in this country,” Leoluca Orlando, mayor of the capital of Sicily, Palermo, told Arab News. “In Palermo an area of the Sant’Orsola Cemetery is already dedicated for Islamic burial but it is not enough. We must do more,” he said.

As the president of the Association of Mayors in Sicily, Orlando said that a joint effort would be made on the issue with his colleagues at a regional level.

Islamic cemeteries are considered a basic need by Muslim communities in Italy.

“I wished my mother had been buried in Italy, in the country where she spent most of her life. My family lives here. Had she been buried here, we would have gone to find her in the Islamic cemetery more often, we would have felt her closer,” Samira, 40, told Arab News. Samira, who has been living in Italy for 30 years, said her mother had to be buried in Tunisia after she died a few years ago.

Hira Ibrahim, a young Macedonian Muslim, lost her mother a few weeks ago in Pisogne, near Brescia, to the coronavirus. Her mother’s body had to be kept at home for more than 10 days because there was no space  dedicated to Muslims available in any nearby cemetery.

“Dozens of other Muslim families lived this same nightmare in the COVID-19 emergency,” Jihad, 59, a doctor living in Rome, told Arab News. “That was a double suffering; along with losing their beloved relatives people felt deprived of the primary right of burying their dead in a dignified way in a country where they contribute to economic growth with their work every day,” he said.

Islamic communities hope that the agreement they signed with the Italian government on the reopening of mosques at the end of the national lockdown will put them in a better situation to negotiate more burial areas nationwide. The main problem that they still face in Italy is bureaucracy.

In his first sermon after the Via Chivasso mosque in Turin reopened for the first time in three months, Imam Said Ait El Jide remembered the victims of the pandemic. “In our first blessed meeting we remember first of all our brothers and sisters, fellow citizens and friends who have left us. Our condolences go to anyone who has lost a loved one and we pray to God that he will heal every sick person promptly,” he said.

The imam invited “all brothers and sisters to carry on, to continue to strictly follow the provisions and precautions in force as the pandemic is not over yet. These precautions must be considered as acts of worship, because thanks to them we protect our lives and that of our fellow citizens.”